In the context of what was discussed at the Potential Project meetings two years ago, Tzeni Argyriou and Nina Papaconstantinou decided to explore the possibility of a joint project.

Without knowing each other, but knowing a little about each other’s work, they met on the basis of their common ground - their interest in language - and shared some of the tools, media and practices they use, in order to discover a new field of research that contains both something familiar and something unknown to each of them.

The dynamics and possibilities of writing a text in body and space, or rather from body to space, was what they were mainly concerned with, and within this first stage of research they came up with an elliptical and suggestive choreography-installation.

Along the way - and after meetings, phone calls, texts, ideas, approvals, rejections and plenty of testing, they realized that what was more important -and closer to the concept of potential- was the process itself, rather than a final result, i.e. a “work”.

The artists therefore decided to selectively show the course of a collaboration and an idea that is still in progress, leaving open the possibility of its final form, as this would inevitably mark the end of the dynamics of testing, and of relatively unlimited possibilities.

Thus, under the title Article 1, Test 1, they present in the Potential Project space three different versions of this process: an audio archive from their first trials, a visual file - specifically a video recording of their first attempt for a choreography/installation in public space -, and a visual trace -the installation transferred in scale in interior space. Their latest idea-testing made use of the first article of the Universal Declaration of Human Rights - a text they have both worked with in the past. Here, the artists “write” the text of the first article by walking, and place stones to mark the spaces between the words.
Walking as action is associated with an act of protest, while the stones left as a trace of the action emphasise and consolidate the gaps, in contrast to the fleeting and temporary nature of writing by walking. It is a commentary on literalism, the implementation or not of what is agreed upon, the «formality» and the ‘emptiness’ of words.

The exhibition Article 1, Test1 by Tzeni Argyriou and Nina Papaconstantinou is part of Potential Project’s exhibition program which resulted from the team’s roundtable discussions that took place in the years 2019-2020. 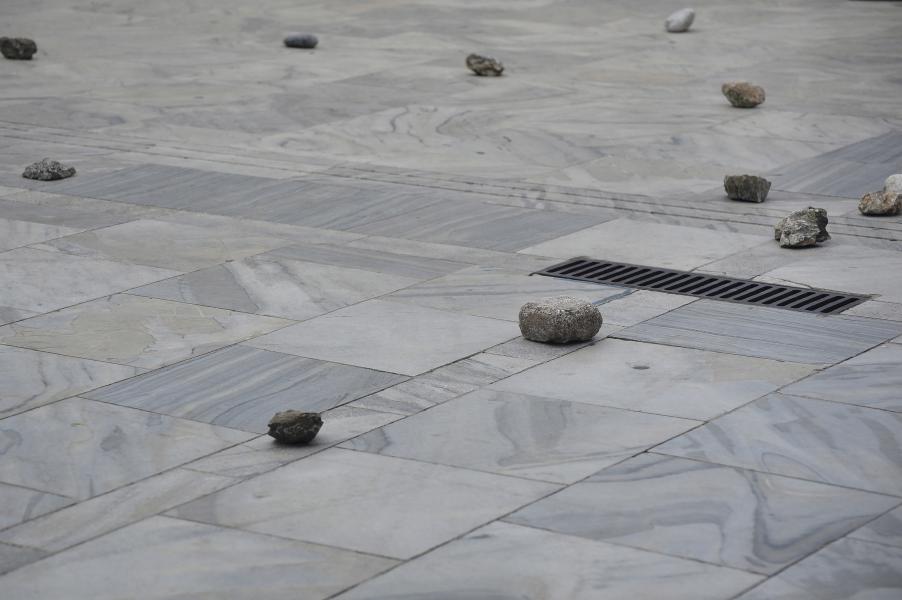 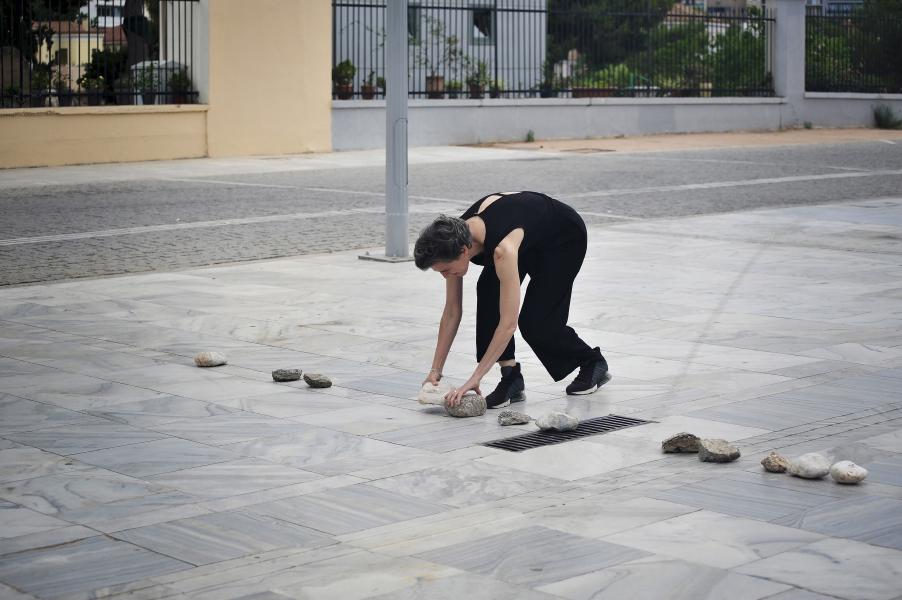 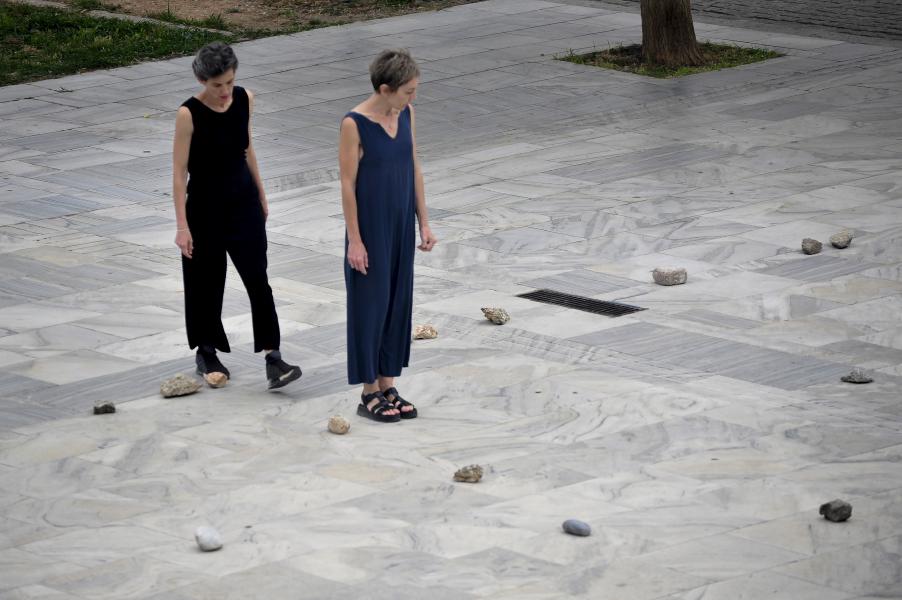 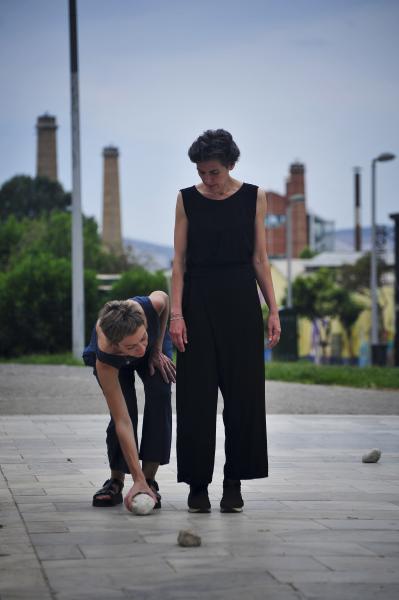 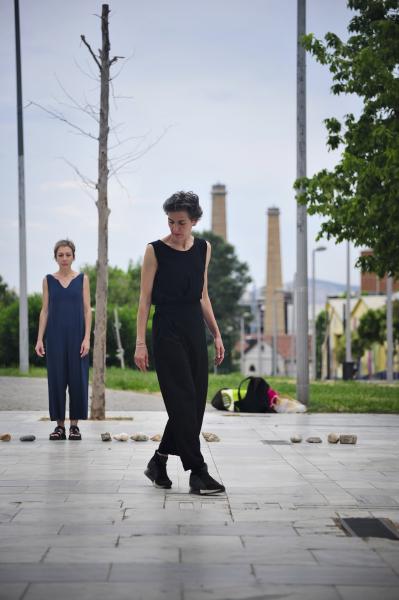 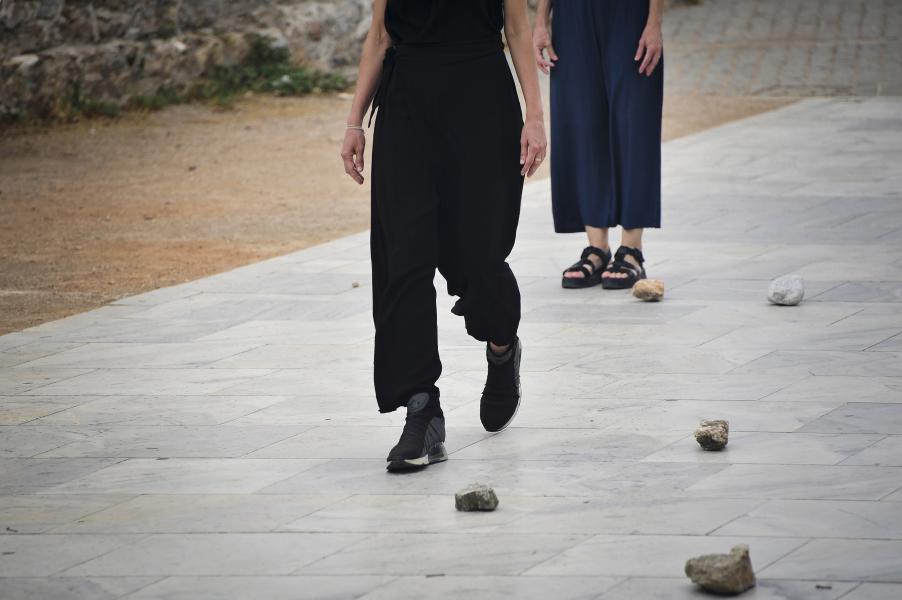 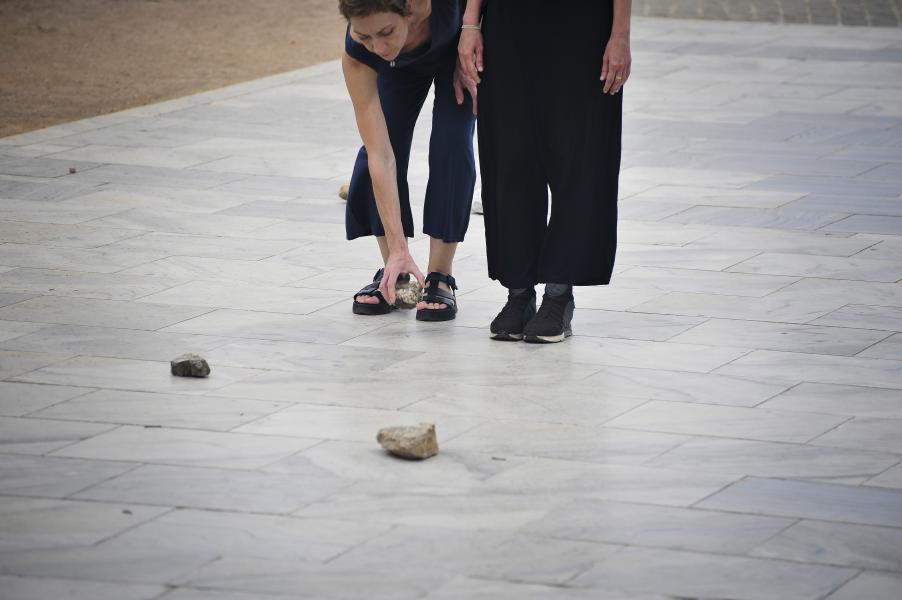 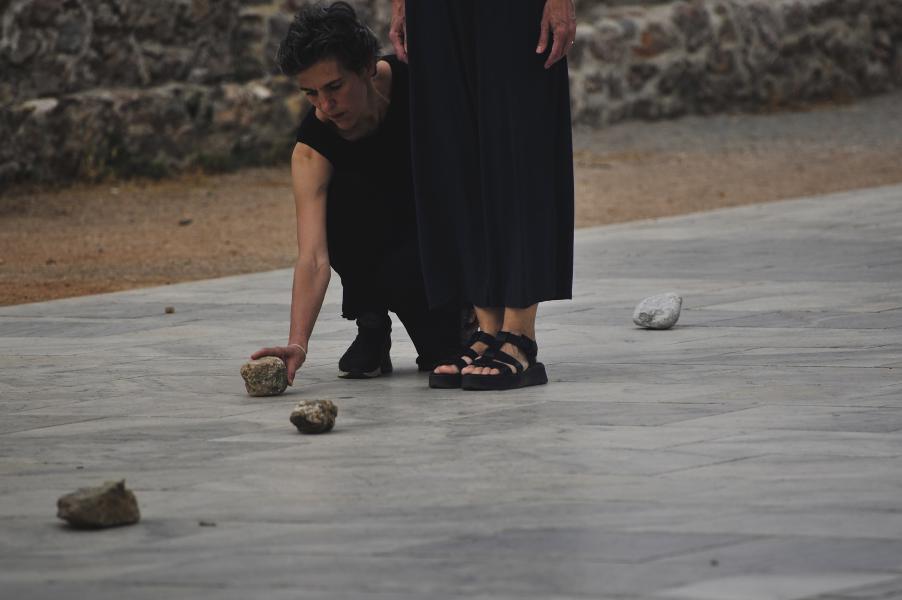 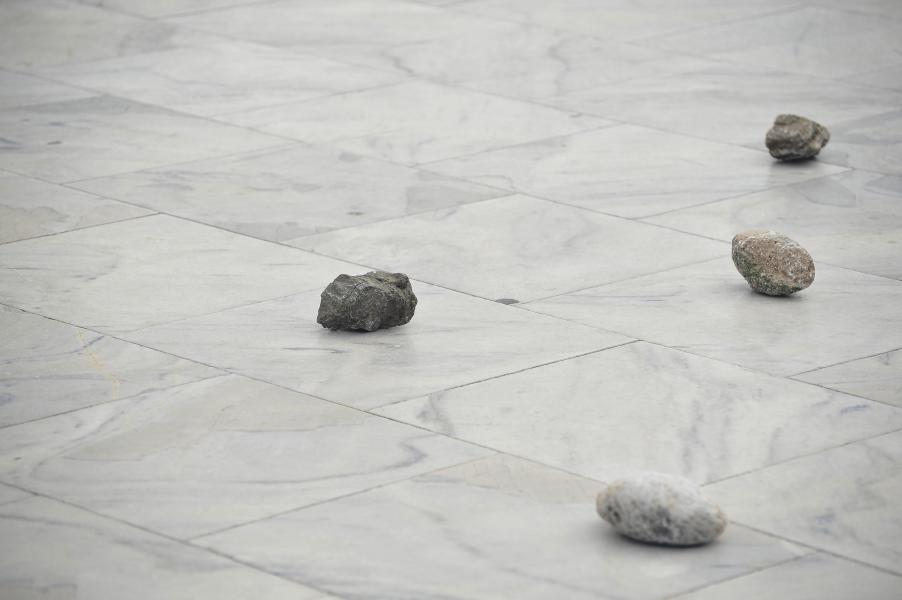 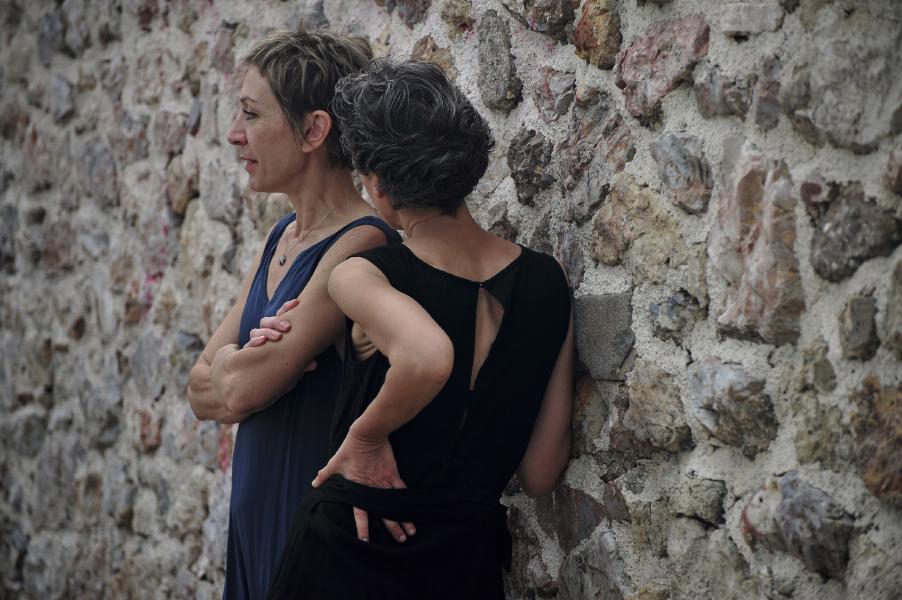